Are you ready for more health, more energy and more fun in your daily life?

Not sure, what a „Healthy Lifestyle“ actually means?

Feeling overwhelmed by all the information on diets and lifestyle out there?

If you’re tired of feeling exhausted and listless, and willing to make health and happiness your priority, then my Lifestyle Upgrade  „More Energy and Health“ – is just right for you.

I will work with you in 1: 1 coaching to create an individual plan for you and your health so that you are full of energy and feeling great again.

I help busy women to figure out what the hell to eat, how to implement some lifestyle changes so they feel energized again and I can tell you, it’s so much fun to see how they get their energy back, are more confident about their body and their choices again.

If you’re ready to take charge of your own health, make changes, and kick excuses aside, then book your 30 min. free  discovery session. 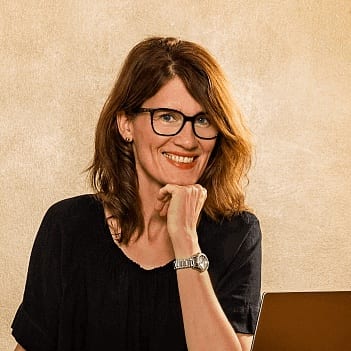 What you don’t get:

As a graduate of New York’s Institute for Integrative Health, I pursue a holistic approach to helping my clients lead healthier lives, reduce stress levels, and increase energy levels. Bioindividuality plays a major role here. We look at your personal situation and see where your greatest potential for change lies. I support you in making actionable goals regarding your diet and lifestyle, and assist you in its implementation.

You have a choice! Come and get your new life, the life you’re supposed to live – with energy , purpose and fun!

Ready to get started? Book a free discovery session (30 min) with me on the phone or via skype.

Choose your date and time

Here’s what my clients have to say!

It was a long way – not always easy, but so much easier with professional advice by my side. I now look at nutrition from a different perspective & not only want to lose a few pounds, but also live a healthy life.

Sarah inspired me to take responsibility for my health, to check my diet and to introduce changes in my pace, step by step, which I would like to maintain. I generally feel much better than before. My stomach is not bloated anymore (I didn’t realize that it was bloated, I just thought that’s normal like this!). I’m not tired after eating, and I have almost no colds anymore (and if so, then they are mild and don’t last long). Incidentally, I lost 10 kg, since then keep my weight and – most importantly – I feel very good before my period (before I often had mild depression). Thanks, Sarah!

Thank you so much for your everlasting inspiration regarding healthy nutrition and life concepts. Your ideas, your knowledge and the simple implementation are very welcome and has helped me in the jungle of nutritional concepts for years, so that now, at the end of 40, I feel balanced, healthy and top fit.

Sarah helped me find the things, among all the information there is out there,  that make sense, are effective and fit my lifestyle .  While implementing changes I was always encouraged to stay tuned, even if I had a bad day. With Sarah’s coaching, I was able to implement changes that helped me to be more healthy without having to change completely. I have more energy again and I feel much fitter than before. I would never have achieved my goals without Sarah. Thank you so much.

That’s my and my clients goal.

I’ve always been rather healthy – apart from low energy after eating and severe menstruation pains, that got me – more often than I care to think about- ending up in the hospital being told it’ll go away, when I’ve had my first kid. Wow, great being told that at the age of 17. By the way,  there are solutions that don’t necessarily include painkillers or getting pregnant, as I discovered along the way, and it drives me crazy, that often even doctors don’t know about them. So I’ve been always rather healthy, but my parents haven’t been.

Both were chronically ill (gastric ulcers and depression) and then died way too early: My stepdad of a sudden heart attack at the age of 50 and 9 years later my mom of cancer at the age of 57. Disease and recovering were always issues in our family.

What was never really an issue: how do I stay healthy and what exactly does it take to not get sick in the first place.

And that’s the topic that keeps me busy. My parents planted the seeds and I started researching on health topics in every possible way. I’ve read countless books on vegetarian, vegan, paleo, raw-food diets, lifestyle choices and all the pros and cons, books, films and studies on nutrient-rich foods, minerals and vitamins supplements and books on bio-identical hormones and anti-aging. And often I’m sitting there wondering why the hell nobody told me that 20 years ago!

What I’ve learned along the way:

Here‘s how you’ll benefit from working with me:

Ready to get started? Book a free discovery session (30 min) with me on the phone or via skype.

Choose your date and time

If you want to find out even more about me and the recipes you’ve got to get google translate all the other pages, as these are in german :-).